A new social security agreement between Australia and India is now in force, making retirement easier for residents of both countries.

Minister for Social Services, Christian Porter and Minister for Small Business and Assistant Treasurer, Kelly O’Dwyer said the Commonwealth Government wants to make sure people who live and work in more than one country are not disadvantaged.

“This agreement will give people more freedom to move between Australia and India, knowing their pension rights will be recognised and protected,” Minister Porter said.

Minister O’Dwyer said the agreement will improve economic links between Australia and India.

“As a result of this agreement, temporarily seconded workers, and their employers, will only have to make compulsory contributions into their home country’s superannuation or pension system rather than both countries’ systems,” Minister O’Dwyer said. 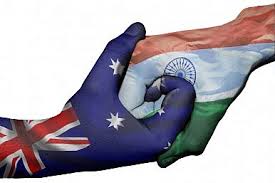 “Further, it is an important step in strengthening Australia’s relationship with India, and shows the Government’s commitment to the 397,000 Indian-born people living in Australia, who make a substantial contribution to our community.”

Australia now has 30 international social security agreements around the world to support people living and working in more than one country.